Hanshi Steve Arneil was born in South Africa in 1934. At the age of seventeen he became a black belt in Judo, as well as being reasonably versed in both Kenpo and Karate. In 1962 he travelled to Japan to study karate under Kancho Mas Oyama. By the time he left Japan in 1965, he had gained the rank of 3rd dan and had been the first person to complete the 100 man kumite after Mas Oyama. Steve Arneil was "adopted" by Mas Oyama, in order to allow Steve to marry a Japanese woman.

After his marriage, Steve Arneil travelled with his new wife to Great Britain in 1965. In the same year, he and Shihan Bob Boulton (who later moved to Australia, and passed away in 2015) founded the British Karate Kyokushinkai (BKK) organisation, located on the premises of the London Judo Society (LJS). The first full time dojo was located in Stratford, in East London, and now he teaches primarily at the Wimbledon and Crystal Palace dojo.

The number of clubs expanded such that today there are between 65 and 70 throughout Great Britain. During the period spanning 1968 and 1976, Steve Arneil was the team manager and coach for the All Styles English and British Karate team which became the first non-Japanese team to win the World Karate Championship in 1975/76. In 1975 the French Karate Federation also awarded him the title of the "World's Best Coach".

In 1991, Steve Arneil, then 7th Dan, and the BKK resigned their 25 year long membership with the Japan based International Karate Organisation (IKO) and founded the International Federation of Karate (IFK) which currently has a membership of over 100,000 in over 50 countries. He currently is the President of the BKK and head of the IFK. 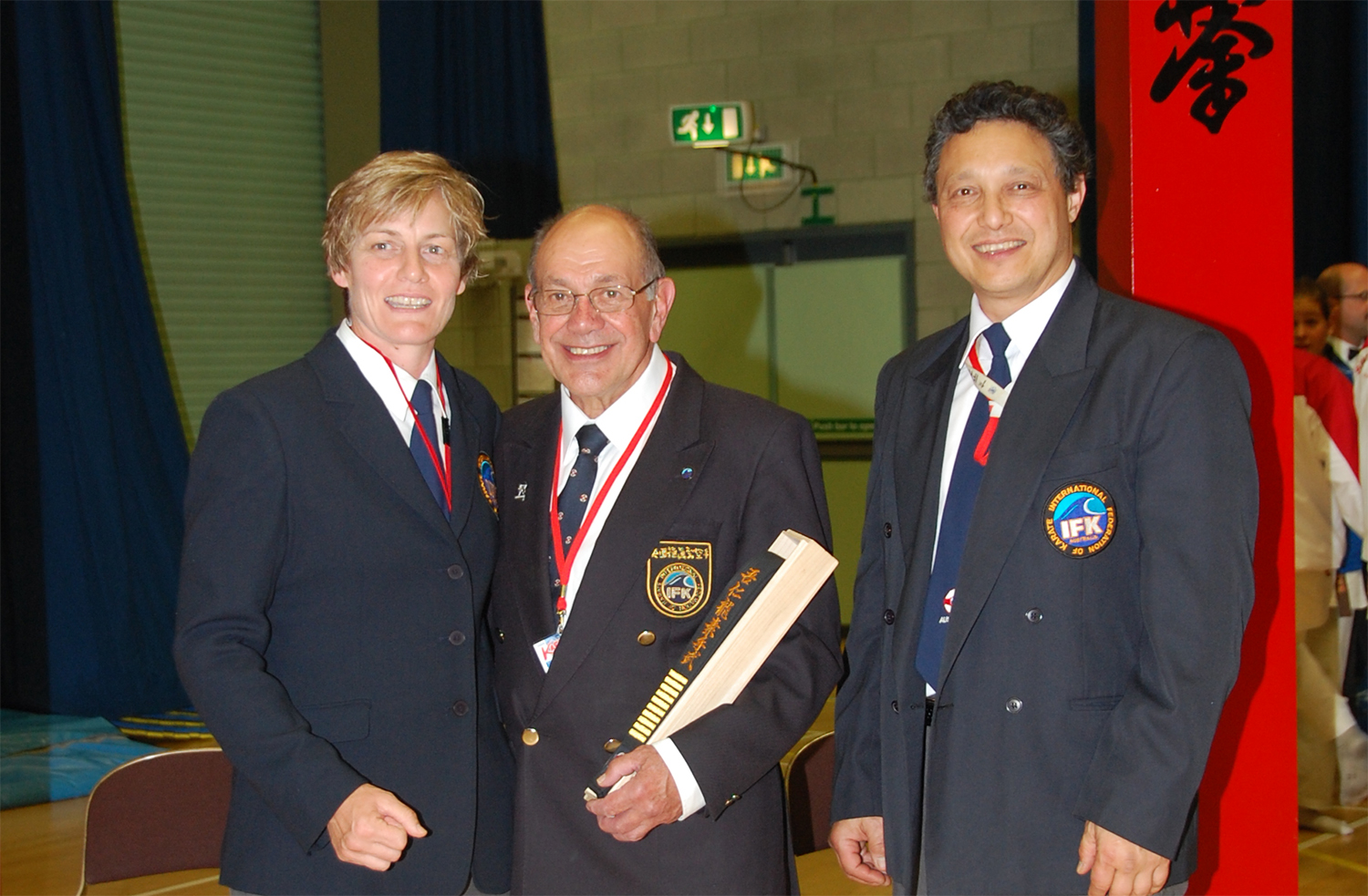 His 8th dan was awarded to him, not by Japan or Mas Oyama and Kyokushin, but by the entire British karate community for his services to karate in Great Britain including, among other things, coaching the All Styles English and British Karate team to become the first non-Japanese team to win the World Karate Championship in 1975/76, and being named "The World's Best Coach" in 1975 by the French Karate Fedrataion. On May 26th, 2001, Hanshi was awarded his 9th dan by the IFK Country Representatives at their meeting in Berlin, and in August 2011, on the occasion of the 3rd Junior World tournament, the IFK Country Representatives voted to award Hanshi his 10th dan, the highest grade available in karate.

Steve Arneil has authored a number of books on karate, but most importantly for us a kata book with photos (now in its 3rd edition) considered one of the major Kyokushin kata references in the Kyokushin world, and an illustrated booklet showing the kihon techniques and sequences thereof required by the IFK grading syllabus.

Despite having built up his own international organisation, run a number major world tournaments, and boasting a stable of some of the world's best Kyokushin fighters, past and present, he doesn't rest on his laurels. At over 80 years of age, Hanshi was STILL busy (and enjoying) travelling around the various member countries of the IFK, giving seminars and training camps, teaching, and presiding over camps and tournaments. As of 2017, he has curtailed his international travels but is actively training and teaching in at his dojo in Wimbledon.

Sadly, Hanshi passed away in July 2021 after a brief illness and he has now joined his beloved teacher, Sosai Mas Oyama.

He had however planned ahead and designated Shihan David Pickthall as his successor, and he is now the President of the International Federation of Karate.

Shihan David has been training with Hanshi since he was about 9 years old, and is well known in the the entire Kyokushin world for his fighting skills. It is Shihan David who now travels the world running seminars and camps, from North America to South America, from Europe to the Middle East and to Australia.